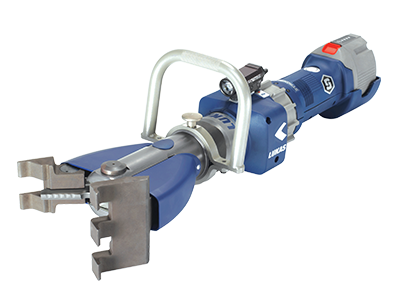 The concept of the ‘Golden Hour’ is coined from the term that trauma victims will have the best chance of survival if they are saved through the most effective rescue tools and that they receive definitive medical intervention within the first hour of suffering their injury.

Rescue Tools are equipment used by emergency rescue personnel to aid the rescuing of crash victims through vehicle extrication, as well as other rescues from small spaces. This tool kit mainly involves spreaders, cutters and rams. Once the senior medic has given a go ahead that the casualty to be saved is in stable condition, rescuer has to take a call as to within how much time the extrication has to be performed. Lukas rescue tools confer minimum stress upon the rescuers owing to their effective, trustworthy and fast paced extrication performance.

Traditionally rescue personnel often used circular saws for vehicle extrication, leading to several drawbacks. They created sparks, starting a fire, making loud sounds, thus stressing the victim(s). Also, the speed of rescuing was relatively slow. Nowadays, rescuers opt for hydraulic spreaders/cutters as they tend to be quite faster, stronger and more versatile in terms of offering. Mike Brick coined the phrase “Jaws of Life” after he observed people saying that their new device “snatched people from the jaws of death”.

The different tool types which Lukas offers are: Cutter, Spreader and Combi Tool